If you have problems with "5" or if you want to give me feedback about the game, use the message board.
It's easier for me to answer to your request.

I won't use this blog anymore for "5".
Any "5" related informations will be found in this message board:

Sorry for the confusion.
4 commentaires:


The message board is almost ready. So you'll be able to download it tomorrow.
Here are some screenies of the five guys you'll find in the beta. 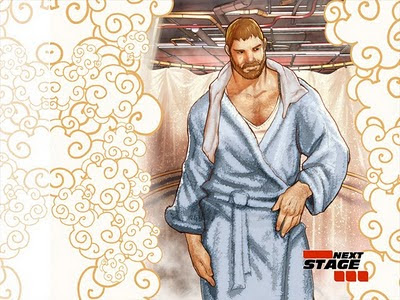 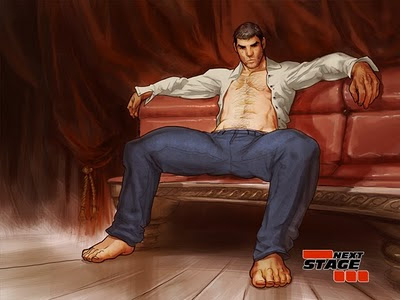 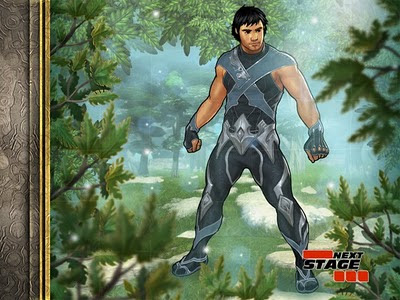 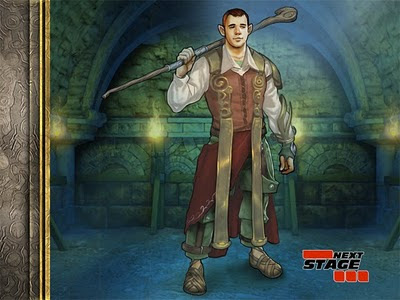 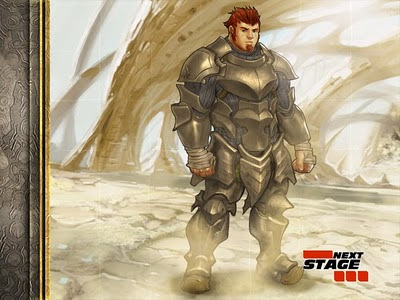 5 Beta : Puzzle game with nasty images in it. 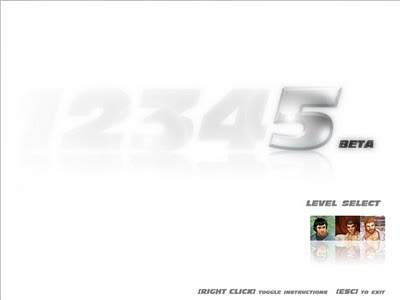 I'm very happy to announce you, that the very first version of 5 is finished.
Well, what is 5 ?

5 is a little puzzle game made all by myself.
I know that I should working on a Dungeon Guards instead. But I thought that would working on a small game before would help me practicing game coding.

And you know what, it did.

So here it is.

5 is a board game where players have to place token with colored number on it.
Only tokens with the same value or same color can be placed side by side. The goal is to clear the board, with lines or column of tokens.

If you're already are puzzle addicts, you should already know Alchemy. It's a little bit similar. But there's some twists:

First, making lines and column reveal parts of an image. And images are more and more interesting as you progress in the game (if you know what I mean). And there's also bonuses, as the "magic 5" who clears a line and column automatically.

So as you can see, rules are simple, but there's different ways to achieve a level.

And one big plus :
The game graphics are entirely customizable. You can also make your own levels very easyly with the small tool provided.

Beta version will have : 5 levels with 4 stages each.
plus, you can always add levels of your own, and share them.

Beta is not public , unfortunatly.

But if you're interested testing it, drop a comment, and I'll send you a link to the game.

Beta will be available as soon as the "official message board" will be online.

Here are some screenies : 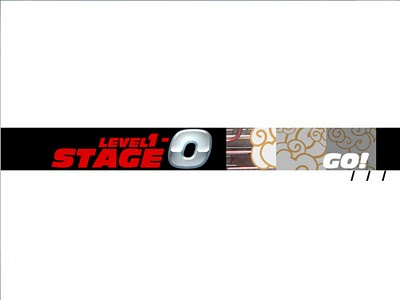 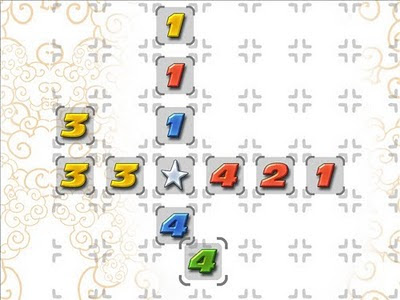 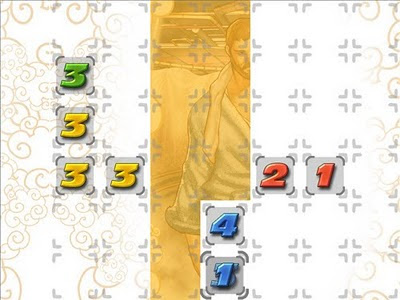 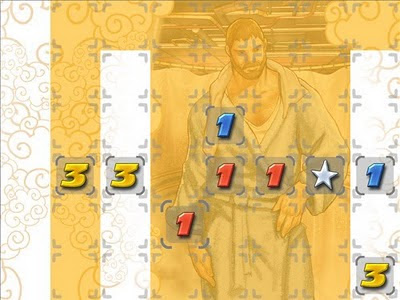 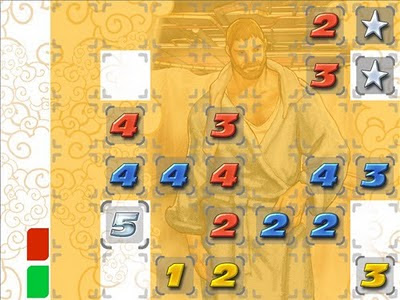 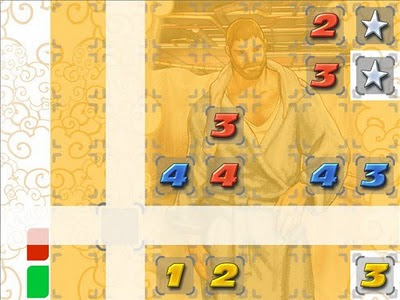 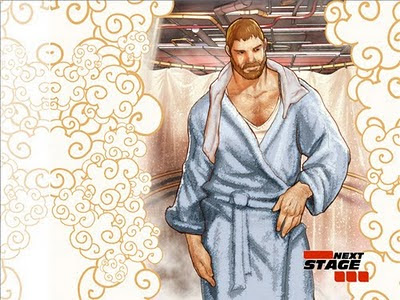 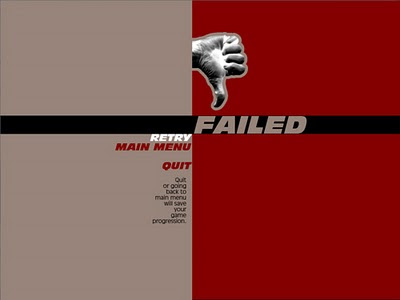 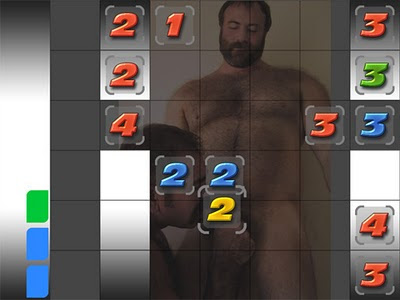 Nightlife is not a free E-book.

If you don't know what you should offered or be offered to you... you should consider BUYING this book !

4 hours work reduced into 3'30 minutes...
It's an opening sequence for a tutorial made for the fabulous Fabrissou (fabrissou.net).

Well, it can be, when it's about a project of one of my friends, Tom, who's trying to depict a classy, and edgy futuristic universe : WAR, which is intended to be a 3 parter short movie.

If you're a fan of Ghost in the Shell, Avalon and Chris Cunningham work, you should definitly check the concept arts posted on his website.

As usual, nothing new on the "Dungeon Guards" side.
I've been kept a lot busy with my mainstream work, working on 2 comic books at the same time. (one for WS, one for Ape Entertainment).

But things are getting a lot better since Project Runway S06 is finally here.
For the moment, this season is not as good as season 04, but it's still a lot entertaining...

here is a little hommage I did...

Envoyer par e-mailBlogThis!Partager sur TwitterPartager sur FacebookPartager sur Pinterest
Here is a comic published by Ape Entertainment, called Dead Duck.
I'm a huge fan of this comic artist. I recommend you to pick it up!
Here is an extract. Enjoy !

Nothing new... Sorry about that.

I feel ashamed, but I haven't any update about some progress on the game or something else related. These days, I'm quite overwhelmed with mainstream jobs. It's a very bad excuses, specially because these jobs are not very exciting...

Now, back to work, or looking for other social networking websites to sign up on :)
4 commentaires:

Didn't hear of it before, until someone put the link in the comments. I guess it's some poor attempt to make hidden advertising ;) . But you know what ? This is actually a really fun and smart gay webcomic. So go check it !
2 commentaires:

And, yes, for those who watch a lot of brit TV, this character is strongly inspired by some actor who I have a "crush" on. Try to guess who.
21 commentaires:

As I promised, here is the first playable character.
He will be the first one you meet on your journey.
He's wearing a low-level equipment. I didn't post the nude version, because I don't want to spoil that part of the game. I'll post more next week. See ya ! 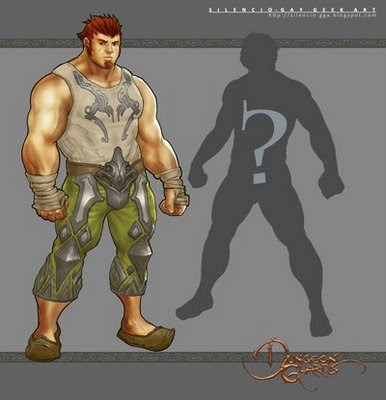